A new nature park has been established on the Rybachy and Sredny peninsulas in Murmansk Region. The peninsulas are located on the Barents Sea coast near the Russian-Norwegian border. The protection decision was made by the Murmansk Regional Government on November 14th, 2014.

The Rybachy and Sredny Peninsulas were a closed militarized area until 2010, when they were opened up to the public. The territory has since attracted a lot of tourists and tourism companies. The use of motorized off-road vechicles by tourists has caused problems for the nature on the peninsulas.

The new protected area will enable measures to control tourism and poaching on the territory. It will also support the development of new, more sustainable economical activities. Reindeer herding will be allowed in the nature park. 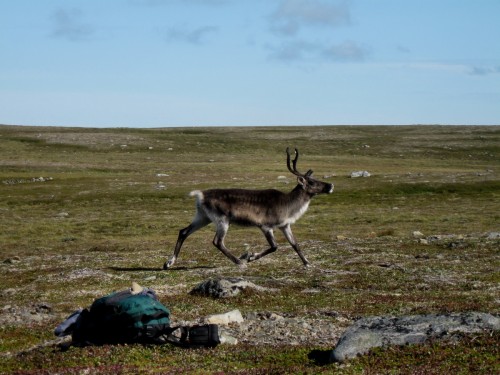 There are currently about 500 domestic reindeers on the Rybachy Peninsula.
Photo: V. Lupachika

The park will be open to tourists in organised groups, to scientists and to inhabitants of the Pechenga municipal district, who can collect berries and mushrooms and fish salmon on the territory of the park.

The Rybachy and Sredny Peninsulas hold the biggest seabird colonies in the North of European Russia and tundra meadows with a high concentration of rare and red-listed species. The territory is famous for its ancient rock paintings and monuments of the Second World War.

Borders of the nature park cause dispute

According to the Murmansk regional government, the reason why some important areas fall outside the borders of the park is that they are still used by the military, which has been unwilling to give up these areas. But according to Olga Petrova, not all these objects are located on military lands.

When the nature park project was being prepared, the experts of Kola Biodiversity Conservation Center proposed a different delineation of the park, which included the most important nature and tourism objects. However, this proposal was not considered by the authorities, says Olga Petrova.

Skorbeevka river is one of the important areas for nature conservation left outside the borders of the nature park. Photo: Luba Trofimova

Kola Biodiversity Conservation Center has demanded that the park will be immediately re-organized with new borders and a more appropriate protection regime. 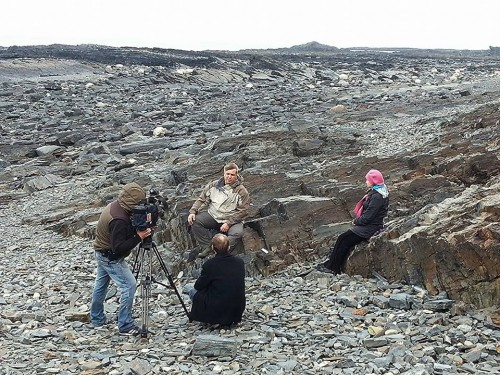 In September 2014, Kola Biodiversity Conservation Center and the Barents office of WWF-Russia organized a press tour to peninsulas Sredny and Rybachy in the framework of the BPAN project. The participants were informed about the nature and nature protection plans on the peninsulas.

Press release of the Murmansk regional government (in Russian)

Article in Geo.ru (in Russian):

Article in Komsomolskaya Pravda (in Russian)