Warning: "continue" targeting switch is equivalent to "break". Did you mean to use "continue 2"? in /var/www/fs1/35/bpanfi/public_html/wp-content/plugins/qtranslate-xt/qtranslate_frontend.php on line 536
 April | 2015 | BPAN.fi

The planned Uftyuga-Ileshsky Nature Reserve in Eastern Arkhangelsk Region has received a positive conclusion in the state environmental expertice, which means that the reserve may be established already this year.

The justification materials of the reserve were prepared by the Barents office of WWF-Russia and Centre of Nature Management and Environmental Protection in Arkhangelsk Region, with support from the BPAN project.

Planned Uftyga-Ileshsky Nature Reserve is part of a wast undisturbed forest area on the border area between Arkhangelsk Region and Komi Republic. The planned nature reserve covers 78 000 hectares of intact spruce and fir dominated taiga forests and wetlands. One of the aims of the planned reserve is the protection of the wild forest reindeer. 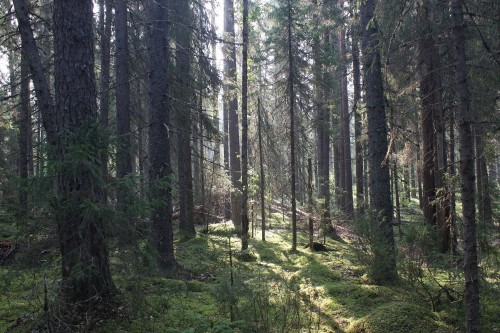 The area of the reserve was saved from loggings as a result of negotiations between WWF-Russia and forest companies. The formal decision on establishing the nature reserve will be taken by the Arkhangelsk Regional Government.

“The conservationists and scientists, who have participated in planning of the protected area, hope that Arkhangelsk Regional Government will swiftly establish the reserve. The Uftyga-Ileshsky Nature Reserve needs to be established as soon as possible, in order to reliably protect the intact taiga landscapes and important habitats of the wild forest reindeer, which has recently been included in the Red Data Book of Arkhangelsk Region”, says Denis Dobrynin, project coordinator at WWF-Russia.

WWF-Russia has carried out field investigations in the area since 2010. In Komi Republic, the NGO Silver Taiga Foundation is working with the inventory and protection of the same intact forest area. In the future, an transboundary protected area could therefore become reality in Uftyuga-Ileshsky. 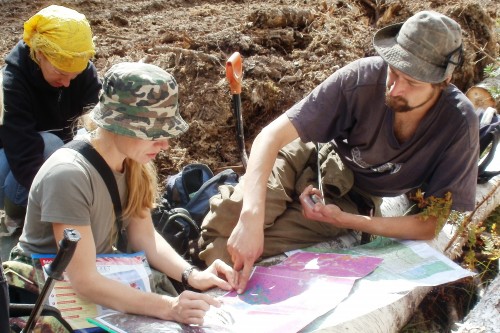 Experts from WWF-Russia carrying out field investigations in Uftyuga-Ileshsky in 2010. Photo: Denis Dobrynin. 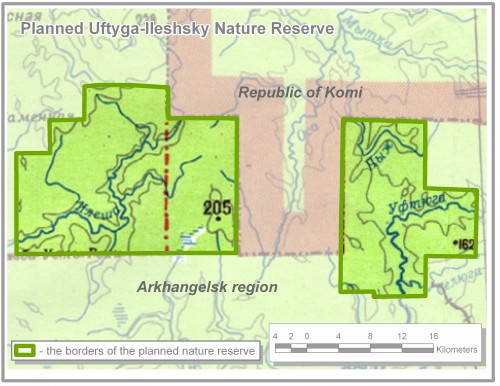 The planned nature reserve consists of two parts, which are divided by the territory of Komi Republic. A protected area in the neighbouring region would be necessary to protect the wholeness of the intact forest landscape. Map: WWF-Russia