The film “On the Trail of Northern Winds” is produced by the company “Travel Around the Komi Republic” in collaboration with the BPAN project, the Ministry of Natural Resources and Environmental Protection of the Republic of Komi and the Finnish side of the Finnish-Russian Working Group on Nature Conservation.

Nature protection is one field of the transboundary Barents cooperation. The Komi Republic is actively taking part in the work not only at the level of public authorities, but also with support of the scientific community. For large audiences, documentary films provide easy access to explore distant protected areas. From the point of view of the film makers, the main problem appears to be fitting all the interesting moments in a relatively short period of time.

And there is a lot to show indeed! The Republic of Komi is a sparsely populated region. Territory that exceeds the size of Germany is home to less than 1 million people, and virtually untouched corners of nature can be found near cities. 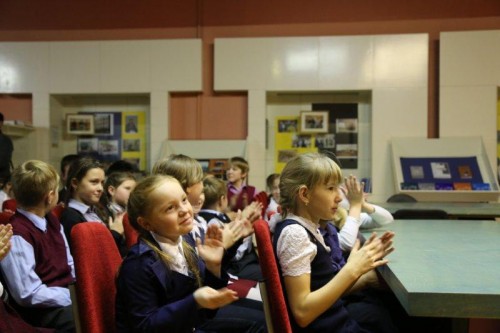 Northern orchids and other rarities

At the turn of summer, blooming northern orchids can be found nearby the city of Syktyvkar. Coast of the Soyvy River in Troitsky-Pechora District is covered with numerous rare plants, some of which are almost impossible to find elsewhere. Muddy waters of the rivers and streams around the Lake Sindorskyi remind the Amazonian jungle. Many places were possible to reach only by boat, and to the Plateau Manpupuner in the Pechora-Ilych Strict Nature Reserve the filming group was brought by helicopter.

Today inaccessibility of these places protects rare animals, plants and their habitats, as well as unique natural landscapes from outside interference. But this will not last forever. Thus, people need to see, feel and understand how important it is to preserve the pristine purity of nature.

Joys and challenges of nature filming

Filming wildlife is a fascinating and, at the same time, complicated process. During summer the film crew was accompanied by clouds of insects, and even in the hot afternoon no one dared to take off jackets. On the other hand, long days – as in the northern regions of the republic the sun sets beyond the horizon just for a short time – made it possible to shoot from early mornings to late evenings.

Winter landscapes had to be filmed at the last moment, as the snow came much later than usual. It was possible to show that winter in the northern taiga is not just white silence, as many people think, but a riot of colors in every moment of sunshine.

Filming nature of Komi . (Photo: Travel Around the Komi Republic)

Multilingual story about people and nature

The film reflects not only the beauty of the northern regions but also an ancient relationship between forest and people. This relationship is rooted deep in the culture of the indigenous Komi people and it should be preserved. Komi people, especially hunters, spent most of their lives in forest and kept a huge number of secret knowledge on nature.

On the Trail of the Northern Winds is recorded in three languages: English, Russian and Komi. Each version is focuses on certain target group. Versions in Russian and Komi will be available in educational institutions of the Republic of Komi. The English version is intended for international audience.