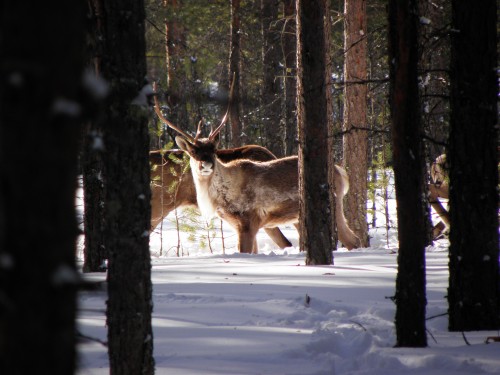 The Uftyugo-Ileshsky Landscape Reserve in the Arkhangelsk Region has now been officially established after several years of planning. The BPAN project has supported the establishment of this new protected area which safeguards the intact forest landscape and several red-listed species.

The news on the approval of the decree on the establishment of the landscape reserve of regional significance by the Government of the Arkhangelsk region was recently announced by the Russian WWF. In 2009 the WWF-Russia discovered that one of the intact forest landscapes in the south-east of the Arkhangelsk region were threatened by clearcuttings.  As a part of the BPAN project the Barents office of WWF-Russia and Centre of Nature Management and Environmental Protection in Arkhangelsk Region prepared justification materials necessary for the establishment of the reserve. In spring 2015, the project of the landscape reserve received a positive conclusion in the state environmental expertise. 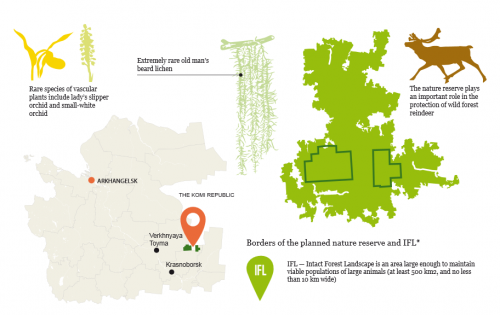 Uftyugo-Ileshsky Landscape Reserve is situated in Verkhnetoemsky and in Krasnogorsky districts of the Arkhangelsk Region, on the border with the Republic of Komi. Its area of 78,000 hectares (780 km2) is a part of a large intact forest landscape Verhnevashkinsky. The area of the reserve protects the headwaters of Uftyuga and Ilesha rivers. These forests are of particular value: they have never been disturbed by a significant human impact, which is the reason why these kind of natural ecosystems have become rare in the Arkhangelsk Region. 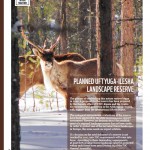