The road connecting two mining areas will go straight through the pristine mountain forests in the Kola Peninsula, Russia. The mines, Oleniy Ruchey and Partomchorr, are located on the each side of the planned Khibiny national park. Environmentalists and experts are opposing the new road, claiming that creation of the national park in such conditions becomes senseless. 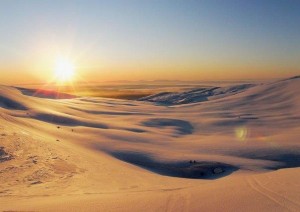 Khibiny is a compact mountainous area (45 km x 35 km). As a result of the building activities, the whole area will be exposed to industrial infrastructure. According to the experts, this severely harms conservation of biological diversity and the prospects for tourism development of the Khibiny.

Work on the establishment of a national park in the heart of the Khibiny began in the early twentieth century. Based on the results of years of research, the park was included in the Concept of protected areas of the Russian Federation, approved by the Decree of the Government in December 2011. The process to establish a national park is not rapid, so in order to protect the most valuable part of the Khibiny forest, the regional authorities considered first to create a natural park, a protected area of regional significance. The Khibiny area, determined by experts, was included in the regional land use planning and the forest plan.

Over two hectares of the Khibiny forest has been cut down. Environmentalists urge the company to consider other options for road construction.