The area of Zaonezhye in the the Republic of Karelia includes Zaonezhye Peninsula(Zaonezhsky Peninsula; Заонежский полуостров in Russian transcription) which juts out into Lake Onega, occupying central part of its northern coast,  as well as two adjacent peninsulas, Lizhma and Sjar  separated by the long and narrow bays of Lake Onegaand  an archipelago of numerous islands, also known as Kizhi skerries or the Kizhi archipelago. 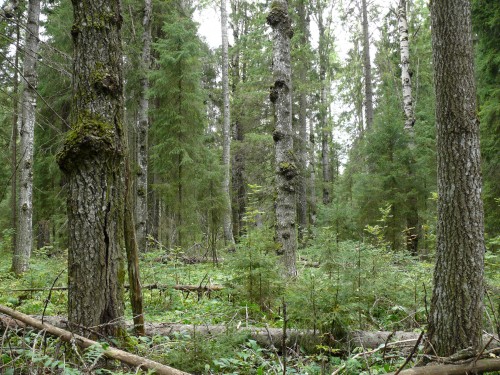 The territory of Zaonezhye is unique in that it contains nearly every type of terrain and unconsolidated sediment known in the vast expanses of northwest Russia. It is also eastern part of Fennoscandian shield. It is characterized by a high diversity of basic limestone and carbonate rocks that determine the fertility of local soils as well as the unique diversity of habitats, flora and fauna. Numerous rare calciphile plant and lichen species are found here, as well as rich, eutrophic wetlands. Long-term farming and animal husbandry have led to a large number of grassland communities in the area. As a result, a mosaic structure of diverse habitats has evolved here. Europe’s second largest lake, Lake Onega, with its clear and deep waters also affect the local climate, making it milder.

Zaonezhye Peninsula has a distinctive and diverse natural heritage, which has been recognized for a long time. Although its unique habitats are included in regional nature conservation plans of the Republic of Karelia, documentation necessary for the establishment of a protected area exists only for northern part of the Peninsula. At the same time high conservation value areas in its southern part are under threat from logging. 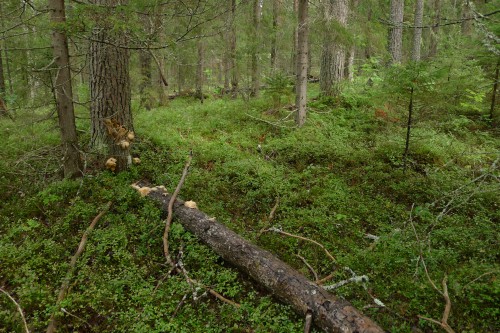 Between 2013 and 2014, in the framework of BPAN project field work was carried out and experts documented natural values within the planned Zaonezhye nature park, focusing on high conservation value forests. These activities were conducted by the Finnish Environment Institute, Karelian Research Centre and the Directorate of regional protected areas of the Republic of Karelia in cooperation with experts from the Universities of Helsinki and Eastern Finland, and the Finnish Nature League.

Results of these expeditions together with analysis of all existing materials on Zaonezhye’ nature form a background of this publication. For the first time, it gives an overview of the nature complexes of the entire Zaonezhye Peninsula. This publicatuion discusses geology, hydrology, forest and mire landscapes and describes present-day species lists of vascular plants, bryophytes, lichens, wood-growing fungi and insects on the Zaonezhye Peninsula and its adjacent islands, as well as earlier records from the area since the end of the 19th century. 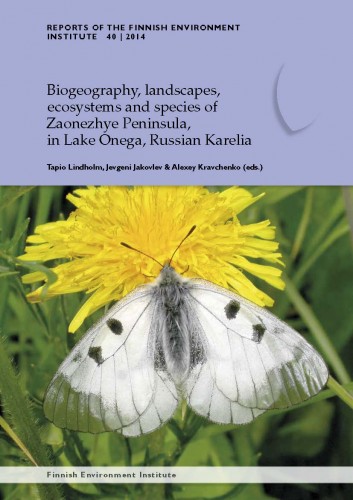 This publication presents information on hundreds of red-listed species and valuable habitats. The most important sites for protection were observed, and six new nature monuments in the southern and southerneast parts of Zaonezhye Peninsula are recommended to be established. Promoting the protection of high conservation value forests on Zaonezhye Peninsula has been an important part of the BPAN project.