Finland has allocated 14,800 hectares of state-owned forests and non-productive land and water areas to new protected areas. The list of the 150 sites that will be permanently protected was published in September 2014.

Most of the chosen areas are in Southern Finland, but about 6,000 hectares are located in Lapland, Kainuu and Northern Ostrobothnia regions (the Finnish part of the Barents Region).

Rajalaperä in Haapavesi municipality is one of the 150 state-owned areas that will be protected. Photo: Perttu Hautala.

The protection decision is a part of the realization of METSO, the Forest Biodiversity Programme. The government lead by Prime Minister Jyrki Katainen decided that 20,000 hectares of new protected areas will be established on land owned by the state, municipalities and other public organisations.

The sites to be conserved were selected on the basis of GIS analyses, terrain inventories and proposals made by nature protection NGOs. The aim was to select continuous sites that are important in terms of their biodiversity. Most of the new sites are located in the vicinity of current protected areas.

Part of the sites are already protected as a part of the Natura 2000 network or based on Regional Zoning Master-Plans, Landscape Ecological Plans or other protection decisions. These areas will get their protection status strengthened.

NGO response: ”A step in the right direction”

Finnish nature protection NGOs, including WWF Finland, Greenpeace, Finnish Association of Nature Conservation, Birdlife Finland and Finnish Nature League, have critisized the protection decision for being unambitious. Although 14,800 hectares of new protected areas is a step in the right direction, it will not come close to halting the loss of biodiversity in Finnish forests.

Paljakka – a new protected area in the Barents Region

The biggest single area that will be protected in Northern Finland is Paljakka in Puolanka municipality, Northern Ostrobothnia (767 hectares). This valuable old-growth forest area is also known as the Paljakka Research Forest. It lies next to the Paljakka Strict Nature Reserve.

The forests at Paljakka are high-altitude spruce forests, which are poorly-growing and regularly damaged by ice and snow in the wintertime. The highest peak Mustakumpu lies at 375 meters above sea level. The area also holds plots affected by slash-and-burn agriculture in the 19th century, as well as slope fens and streams in their natural state. 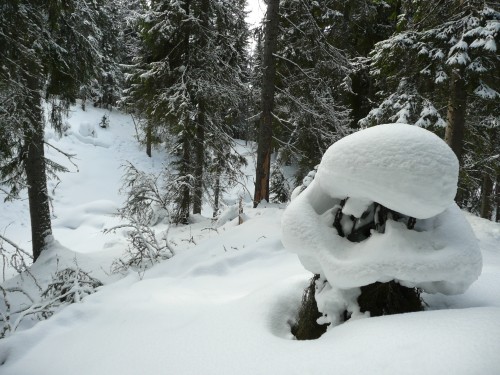 Paljakka was proposed for protection as part of a national park proposal made by several NGOs and a nature tourism company in 2012. It was also included in the above-mentioned NGO report on valuable state-owned forest and mire areas.

The NGO proposals have not been realized to their full extent. One third of the Paljakka Research Forest, including parts of the intact old-growth forest area, will be left without protection. 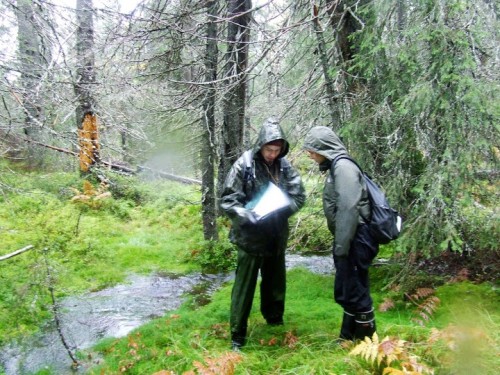 Map of the state-owned areas that will be protected

Map of the state-owned areas proposed for protection by NGOs

Metsähallitus’ press release (in English) about the protection decision