Barents nature is presented in an exhibition that comprises 15 stunning photographs from different parts of the area. The photos are taken by photographers from Finland, Sweden and Russia. A brochure, postcards and posters can be found on the side of the exhibition.

The exhibition has been shown in various locations in Finland and Russia. “Barents – nature has no borders photo exhibition is now also touring in northern Norway. Visitors seem to enjoy the photographs and one feels to have been visiting the vast areas of the Barents Region through the nice photographs.” says Tiia Kalske, from Finnmark County Governor,Norway. 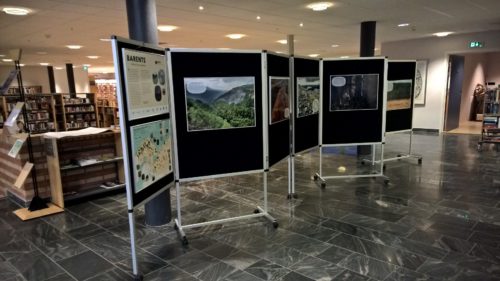 The exhibition was shown at the library in Vadsø where 2 674 visitors enjoyed the beautiful sceneries. Photo Tiia Kalske.

The beautiful photos have first been at Finnmark County Governor in November and December 2016. They were presented at the Library in Vadsø for six weeks and where then moved to Varjjat Sami museum in Varangerbotn. Towards the summer in April and May they can be enjoyed at the Kiberg National Park and in June, and July at NIBIO in Svanhovd national parks center. 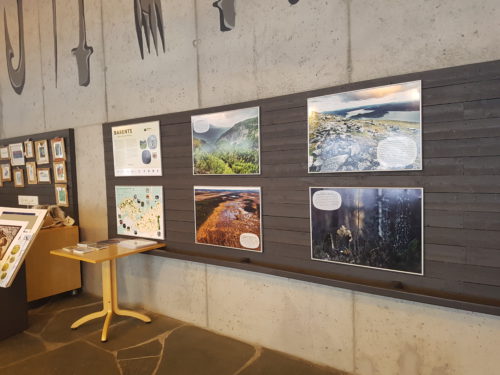 The exhibition in Varangerbotn is shown from 8th of February until 18th of April this year 2017. Photo Heljä Pasma.

In Russia it has been visited in 9 locations and at the moment it can be enjoyed in Kostomuksha Strict Nature Reserve (zapovednik) and Nenets Autonomous District.